Things to do in Croydon - our top 7

Board game cafés have become trendy popping up all over the place and Ludoquist is a board game café where you can spend an afternoon playing games with good food and drink. They have 1400 games that you can play with ‘Game Gurus’ on hand to give advice to players and teach them the games. Players pay £3 for a game session and can play as many games as they want with a game session being able to last all day and with a variety of snacks and drinks available you might well end up staying there all day. This is one of the many interesting things to do in Croydon. 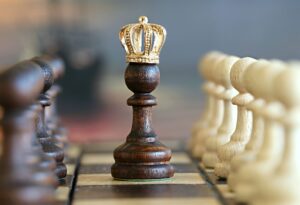 One of the things to do in Croydon if you’re looking to shop, eat or have a drink then pay a visit to Boxpark Croydon, a food and retail park that is made out of refitted shipping containers that opened in 2016. It is a two-storey structure that is constructed out of 96 shipping containers, it provides 24,000 sq feet of retail and restaurant space. There are 36 units with the focus being on food and drinks units, many big names from all over the capital have brought their food to Boxpark as well as independent and local retailers offering their vibrant flavours to the public. Boxpark also host events such as music performances and movie screenings and during the World Cup the games were shown which made for an amazing atmosphere, especially during England games.

If you are after some peace and quiet in Croydon then go down to Littleheath Woods and look around the historic Grade I listed woods. The woods can be seen on a map of Croydon from 1803 with the site originally being a mixture of small wooded areas and farmland. There are 3 ponds within the woods which are the Cattle Pond, Old Pond and Keyhole Pond which contain frogs, dragonflies and damselflies so if you are interested in pond life then Littleheath Woods is for you.

The RISEgallery is the creation of Kevin Zuchowski-Morrison, a leading art-dealer who was saddened at the negative image of Croydon so wanted to make a change so opened the RISEgallery in 2014 which is situated on St George’s Walk. The gallery opened to an exhibition of Damien Hirst, starting off strong and has continued to showcase artwork from well-known artists such as Rich Simmons and Banksy. The artwork that is exhibited is not only by recognised artists, lesser-known artists have their work displayed giving them a chance to have their work appreciated by the public. If you are an art enthusiast or want to perhaps culture yourself a little more then go to RISEgallery and take a stroll around the place. 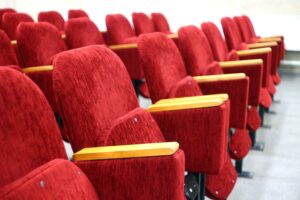 Fairfield Halls is an arts and entertainment centre that opened in 1962 that boasts the largest cinema screen in Croydon. The concert hall  has a capacity of just over 1,800, 755 in the theatre and 400 in the gallery. It has played host to a variety of well-known music acts such as the Beatles, Queen and the Who. Fairfield Halls has also been a venue for plays, musicals, stand-up comedy and classical music as well as a venue for various community events. If you want to be entertained during your visit to Croydon then go to Fairfield Halls.

If you are interested in history of Croydon or history in general then one of the things to do in Croydon is to visit the Museum of Croydon. They are located in the Croydon Clock tower arts facility and display historical and cultural artefacts relating to the borough of Croydon. The exhibitions reflect the different phases of the history of Croydon from 1800 and onward which include exhibits of the significant black composer Samuel Coleridge-Taylor, who lived most of his life in Croydon. The museum has a great number of interactive and hands-on displays so visitors can get involved, there are also exhibitions for young people so they can express their opinion and direct their views so their work can be seen by more people.

One of the things to do in Croydon if you are after something new for your home then pay a visit to IKEA. They have a wide selection of products for your home from garden furniture to home furnishings there is sure to be something that will interest you.

After making all those purchases at IKEA you’ll need to make some space, why not store some of your older items with Access Box Storage?